[About the Deification of Man in Saint Macarius’ Writings]

For Macarius participation, blending, and mingling are images expressing intimacy with the divine without any implications, on the philosophical level, about the ontological status of the believer.

Who is the perfect Christian?

But such perfection is provisional. The struggle against evil must continue right up to death.

Some think they are perfect because of their celibacy and detachment from material things (Coll. II, Hom. 17. 13). They are mistaken. These achievements are merely external matters. There is still evil in the [nearby of the] heart which even the greatest ascetic must guard against (ibid.; cf. Coll. II, Hom. 8. 5; 15. 16). A saint, says Macarius, is a person who has been sanctified in his or her inner self (κατα` τoν eσω ανθρωπον) (Coll. II, Hom. 17. 13) as a result of unceasing dedication to the cross of Christ (Coll. II, Hom. 17. 1). Moreover, there are degrees of perfection. In a remarkable passage, which seems to draw on personal experience, Macarius speaks of twelve steps ‘as it were’ that a person must pass through in order to reach perfection (Coll. II, Hom. 8. 4). The twelfth step, however, is experienced only in a fleeting way. Grace comes from time to time and then recedes again. Otherwise the mystic would simply sit in a corner permanently enraptured and intoxicated and would cease to attend to his practical responsibilities (Coll. II, Hom. 8. 4; cf. Hom. 18. 7). No one is perfect in the sense of enjoying an uninterrupted communion with God. These observations are made in the course of answering a series of questions. The next question probes further: ‘Tell us about yourself. In what grade do you find yourself?’ The author in his reply refers to a personal experience of the sign of the cross, ‘which appeared as light and penetrated the inner man’ (Coll. II, Hom. 8. 3). After this experience he felt a deep peace spread throughout his being and sensed a profound love for all men, including pagans and Jews. A person who has had such an experience puts his whole trust in Christ,

and doors are opened to him and he enters into many mansions, and the further he goes in the more doors are opened to him. From a hundred mansions he enters into another hundred, and becomes enriched, and the more he becomes enriched, again other newer wonders are shown to him, and things are entrusted to him as a son and heir which may not be expressed by human nature or uttered by mouth or tongue. (Coll. II, Hom. 8. 6)

This is the epektasis, the never-ending progress into the mysteries of the spiritual life, that we also find in Gregory of Nyssa. In Gregory, however, the progress is from light through the cloud into darkness. In Macarius it is towards an ever-increasing perception of divine light.

The experiential side of the spiritual life is brought out with dramatic effect by Macarius in his exegesis of Ezekiel’s vision of the throne-chariot of God (Ezek. 1: 1–28). He does not say that he ascended personally into heaven to participate in the vision himself, in the manner of the yored merkavah, but he does suggest how the biblical text may be appropriated by the believer and made part of his or her own experience:

And that which the prophet actually saw was true and certain. But it was signifying something else and prefiguring a mystical and divine reality, a ‘mystery truly hidden for ages and generations’ (Col. 1: 26) and revealed in these last days with the coming of Christ. For the prophet was contemplating a mystery of the soul that was to receive its own Lord and become a throne of glory to him. For a soul that is counted worthy to participate in the Spirit of his light and is illuminated by the beauty of his ineffable glory, seeing that he has prepared it for himself as a throne and dwelling, becomes wholly light, and wholly face, and wholly eye. And there is no part of it that is not full of the spiritual eyes of light. That is to say, no part of it is in darkness, but has been turned entirely and completely into light and spirit. And it is wholly full of eyes since it has no backward or rear part, but faces forward in every way, seeing that the ineffable beauty of the glory of the light of the face of Christ has mounted it and sat upon it [. . .]. Thus the soul is illuminated perfectly by the ineffable beauty of the glory of the face of Christ and has participated perfectly in the Holy Spirit, and has been counted worthy to become a throne and dwelling of God. (Coll. II, Hom. 1. 2)

The theophany of Ezekiel’s vision is linked with that of Christ’s transfiguration, and in a remarkable spiritual exegesis, which perhaps owes something to the Jewish Merkabah tradition, the throne-chariot becomes the human soul which God takes possession of and makes his dwelling. We may therefore say that the deification of the believer takes place in three stages. In the first the soul participates in divine glory even in this life through sharing in the Holy Spirit, having been born from above from God and become a child of God (Coll II, Hom. 5. 4). But on the experiential level this gives us only a fleeting foretaste of what is to come. The second stage occurs when the soul is resurrected and glorified at the time of death (Coll II, Hom. 34. 2; 36. 1). When we lay aside the body we will not be naked because we shall be clothed by the Holy Spirit (Coll II, Hom. 5. 8). The third stage occurs at the end of time when the body, too, will share in the glory of the soul:

But at the resurrection of bodies, the souls of which were previously raised and glorified, the bodies will also be glorified and illuminated with them by the soul which has already been illuminated and glorified. For the Lord is their house and tabernacle and city. They will put on the heavenly dwelling not made by human hands (cf. 2 Cor. 5: 1–2), the glory of divine light, since they have become children of light. They will not regard each other with a wicked eye. For wickedness has been rooted out. ‘There is neither male nor female there, neither slave nor free’ (Gal. 3: 28), for all have been transformed into a divine nature and have become christs and gods and children of God. (Coll II, Hom. 34. 2; cf. 5. 12)

All, however, will still retain their individuality, otherwise ‘there will be no Peter or Paul’ but ‘everything will be God’ (Coll. II, Hom. 15. 10). The absorption of the individual into the Godhead, condemned by Timothy of Constantinople as a Messalian proposition (No. 11, PG 86. 49c), is specifically excluded.

Excerpt  from The Doctrine of Deification in the Greek Patristic Tradition by NORMAN RUSSELL (Chapter 8 – The Monastic Synthesis: The Achievement of Maximus the Confessor. The Macarian Writings)

1 thought on “The Perfect Christian” 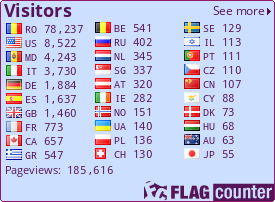